Home>Cookware>Resources>Pressure Cooker Vs Rice Cooker | Which One to Choose?

Pressure Cooker Vs Rice Cooker | Which One to Choose?

Most of the people have a common question in their mind, is there any difference between rice cooker and pressure cooker? Yes, they are different in various ways. The most basic thing about both of the appliances is that both are used to cook rice. Even though both the cookers might look similar, however, they are different in terms of their features. In this post, I’ll share a comparison of Pressure Cooker VS Rice Cooker so that you can find out which one you do need. A pressure cooker is a well-known household appliance that cooks food quickly. It has three parts, the inner pot, the heating element, and the temperature or pressure sensors. A pressure cooker is designed to cook meats, bones, beans as well as rice. It requires less water or liquid for cooking and cooks food faster than conventional pots. In addition, a pressure cooker kills all the microorganisms present in food so that you can eat clean and healthy food.

A rice cooker is kitchen equipment with a thermostat, a cooking bowl, and heating power in it. Its automated feature allows to steam or cooks different types of rice easily. The thermostat is designed to direct the heat source and assess the heat temperature of the cooking bowl. This kitchen appliance is also known as a rice steamer. There are various types of rice cookers available in the market with different complex technologies and featuring multi-use properties.

Check What Can You Cook In a Rice Cooker Here

Pressure Cooker Vs Rice Cooker | Differences Between Them

Rice cooker vs pressure cooker both of these appliances cooks food by using steam. However, they have a lot of differences in terms of their cooking method, components, and what foods they’re used to cook. Let’s see those differences in this list right below.

Types of Foods they are used to Cook

So, between rice cooker and pressure cooker, which one is best for cooking rice? A: No. There are several differences available between a rice cooker and a pressure cooker. Hopefully, you have already got it from the previous sections of this article.

Q: Rice Cooker or Pressure Cooker, Which One Should I Buy?

A: Well, it totally depends on your need. If you want an appliance for only cooking rice, then a rice cooker is the best option. And if you want to make other dishes as well as rice, then a multi-functional pressure cooker will be the best idea.

Q: How Long to Cook Brown Rice in a Pressure Cooker?

A: Although it depends on some facts, but it will take nearly 25-30 minutes.

In conclusion, which cooker you want to buy, it totally depends on your requirements. When selecting a cooker, check what kind of functions you require in a cooker and what type of dishes you want to prepare. However, it is absolutely good to purchase a rice cooker if you cook rice in most of your meals. 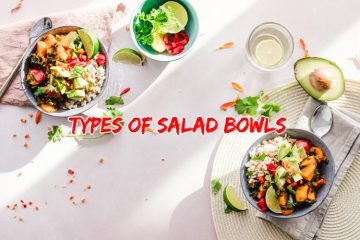